We Had a Kid. Here’s Why You Might Not Know About It.

Some people were surprised that my wife and I decided 3 years ago to keep the birth of our son, Lex, a private affair. In an age when so many details of our lives are broadcast online, it might seem out of place that anyone would choose not to make public “the most momentous moment of one’s life”.

Along the way, a couple of friends have heard about it through other friends, or heard my wife mention it on her Youtube channel, or they actually met the kid. The question usually is “why didn’t I hear about it?”

For those who care enough to read about why we didn’t make this a big deal, here is why you might not have heard about it. (Now don’t go taking my reasons here as a personal attack on you or anything you might have posted on social media. If anything, you have helped us make this informed decision. Thanks for that.)

1. People who post ultrasounds on social media. You know who they are. Most people are quietly sick of these grainy photos that looked exactly like the photo those other pregnant people posted last week. The people who want to see these images from inside your body are your mom, your auntie, and that nosy lady from work who probably secretly wishes you harm anyway. So just email them directly. 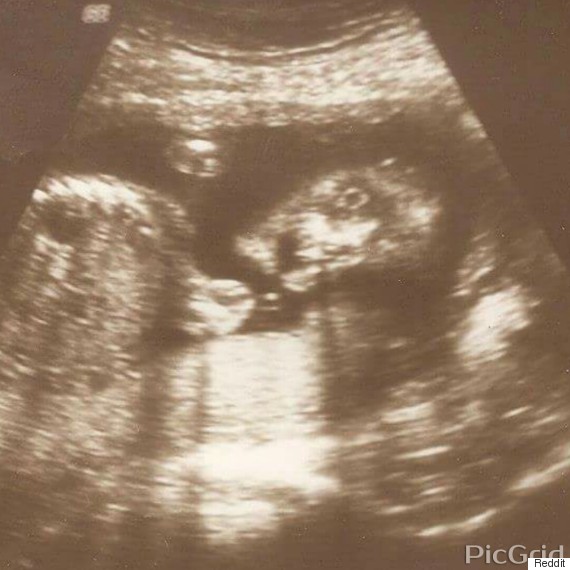 Every ultrasound image, ever.

2. The Experts. People always want to give you advice on everything, even when you didn’t ask for it. They want to tell you how you’ll feel, what you’ll do, how you’ll do it, and ultimately how they did it. They make it about themselves and assume you are going to have the exact same experience they had because you’re exactly the same, of course. (This is why so many teenagers hate their parents). 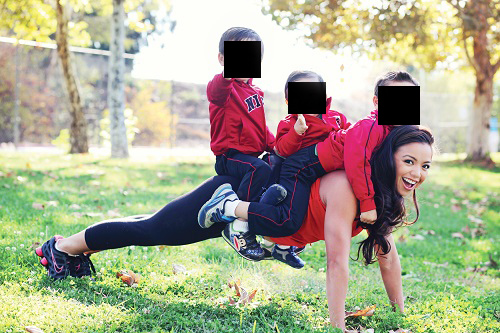 3. “Congratulations!” Ugh, seriously. How many times do you think you’ll hear that? I heard it a thousand fucking times. Or maybe it was slightly less and it was just echoing through a cavern of meaninglessness. We didn’t cure cancer. We had a biological transaction that resulted in the formation of a child. “Any dick can make a baby” said Jason ‘Furious’ Styles from Boyz n The Hood. People around the world are having babies every day, it’s not exactly a miracle, nor a cure for anything (unless you have experienced difficulty having a child, “congratulations” might be a more considerate word choice. But even then, don’t make that assumption about people. Mind your business.) When you say “congratulations” don’t forget that the baby isn’t quite here yet. There’s still a long, difficult road to go. You don’t want to be the one to jinx a baby, do you? If you have to say something, at least show the sincerity to try and think of something more original than “congratulations”.

4. The belly photo updates. Cool, you’ve got something growing inside you. It’s fun when you imagine that it’s an alien growing, and that fun lasts about 1 second. Otherwise it’s probably not something most people in your social media circle care about. If you don’t believe me, ask them. Also, see #1.

5. Birth announcements. Okay you got me. Those are cool. Announcements. Pictures of purple newborns? Not so much. You’re seeing your child in the flesh for the first time ever. Is the first thing you’re going to do really be to take out your phone and throw your child’s image out to the general public? You can wait a bit, Anne Geddes. (Also not cool: Birthing photos.)

6. Respect for the child’s privacy. This above all other reasons is why you haven’t seen an image of Lex in your feed. We are in an age where the youngest generation has lived their entire existence online. Their entire existence is catalogued by social media corporations. I am so eternally grateful that social media did not exist when I was born because I know my mom, and I would have hated it. Do you want your child to hate you? Think twice about their online privacy and who should own that. 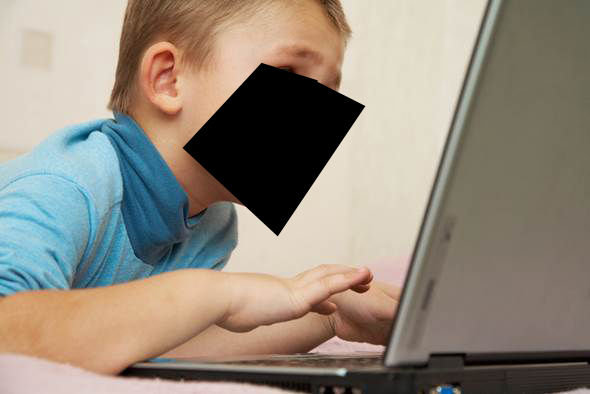 OMG why the fuck did yo post these, mom?

7. Photos of babies with food on their face. Why people, why do you post these? Nobody likes them because they’re disgusting! I know because I’ve asked people. Ask around. They’re the same people who actually then try to tell people how great it is to have a child. Don’t take a job in marketing because you’re terrible at it.

Not posting a pic of that one.

8. Minutiae updates. Oh you changed a diaper and it was gross? How nice. Double points if it has a related hash tag.

9. The simple reality that not everything needs to be shared online. What validation are you looking for, and why is it important that you have an audience for your life? Your life is valid, so just go live it.

So to answer the question of ‘why’ we didn’t make our child a public, drawn-out affair, it was because years of seeing it shared in real time online made us sick of the entire narrative. We wanted to try to have this experience without making it public. Most importantly, we wanted the child to enjoy the same, offline early childhood that we enjoyed, and to respect his right to privacy in the coming years.

Update: I wrote this post a while ago but didn’t share it. Since I’ve written it, I have noticed that there are a lot less ultrasound photos, pics of babies with food on their faces, and general updates that no one really cares about. Perhaps people have become more conscious about what they post on social media now. Or perhaps I’ve just blocked them all from my news feed.

Posted by Christopher Dwyer on March 23, 2020 in Life Abroad